The 2019 GVFB Trundle will be the 20th year this great event has taken place. Enter a team or come and watch one of the UK’s oldest most successful strangest endurance events. Family friendly and food and drink available all day.

Last night saw eighteen members fo the brigade visit the Potbelly Brewery in Kettering for a tour and sampling session.  Potbelly Brewery is a Micro Brewery supplying Real Ales from the heart of Northamptonshire – something we VERY much like to support. END_OF_DOCUMENT_TOKEN_TO_BE_REPLACED

We’ve successfully returned from our adventure to the village of Reeth, in Yorkshire, where we investigated the roots of the Brigade’s founder.  Activities included a trip to the historic village of Masham – and a tour of the Black Sheep Brewery there – and finishing with the assent of High Harker Hill.

Read on for photos…

END_OF_DOCUMENT_TOKEN_TO_BE_REPLACED

When the Brickyard Garden was suffering in the recent heat, they called on the GVFB to help water the plants.  One tank full was enough and we were able to quickly replenish their supply. END_OF_DOCUMENT_TOKEN_TO_BE_REPLACED

Thank you to the Friends of the Church for hosting yet another successful Great Geddington Garage Sale, and thank you to all those who bought from our stall.  Monies raised help support our activities in the community, such as the Senior Citizens’ Dinner and our street-cleaning efforts.

Here are a few photos from the day… 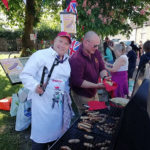 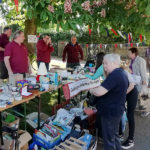 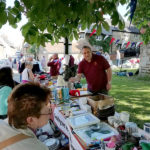 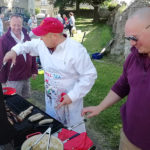 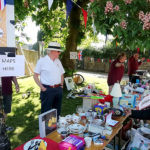 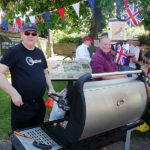 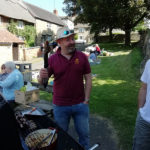 An Irish gnome and plaque were revealed, and we were then entertained by dancers from Costello Irish Dance. END_OF_DOCUMENT_TOKEN_TO_BE_REPLACED

It’s that time of year again where The Geddington Volunteer Fire Brigade would like to invite you to the highlight of our calendar – the 2017 Annual Boxing Day Squirt.

When the whistle is blown, the two teams raise their hoses and attempt to push the barrel over the heads of their competitors to score a point. The first team to 3 points wins.

The Squirt begins at 12:00 noon on the Bridge, however please join us at the Cross at around 11:30(ish) to see us parade and be inspected by this year’s special guest.  The Star Inn, White Hart and the Cricket Club will all be open afterwards.

The annual Trundle will be held this year on 24th September 2017. It will start at 11am and is once again being held with the help and support of Geddington Cricket Club.

If you are interested in entering a team, please read the rules below…