Dinner in the NCOs mess

On 11th March 1983, 22 members of the Brigade arrived at RAF Mildenhall. A general tour of the base was followed by an inspection of various aircraft including a C-130 Hercules, KC 135 Stratocruiser, C141 Starfighter, C5 Galaxy and a ride on the largest fire engine in the world.

Finally the Brigade inspected , from a distance, the Blackbird spy plane which flew so fast that it could not be armed as it would catch up with its own bullets!

We were then wined and dined in the NCOs mess and returned to Geddington rather late!

Sergeant Kendrick H Mehrmann (ETHEL) in return attended a Brigade dinner and contact was maintained even after his return to the US.

In 2005 Ethel made contact with the Brigade again from his home in California. He was now Captain of the City of Fresno Fire Dept. 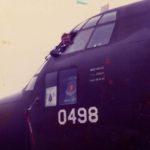 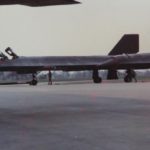 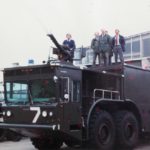 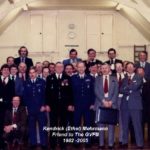 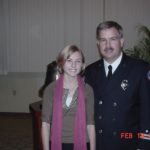 Ethel pictured in 2004 with his daughter. 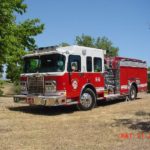