Fireman Major John Hughes invited members of the Brigade, on behalf of Lt. Colonel Chris Eager, to visit his TA training camp and On 7th November the Commanding Officer, Fireman Spence, together with about fifteen firemen left Geddington for a weekend at Swynnerton.

After being assigned to quarters we went straight out on to the tank course learning to “drive” Chieftan tanks and Land Rovers. Dinner in the Officers’ mess ended the first day.

Morning arrived with the sound of a bugle at 06.00 hours. Exercises and a three mile run soon followed.

Then on to the ranges for target practise and, the finale, the assault course.

On the horizontal logs a major disaster occurred when the CO fell and suffered a serious cut to his head. Swathed in blood soaked bandages he was taken to hospital for treatment.

Eventually all returned home safe, if not entirely sound. 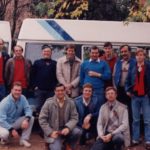 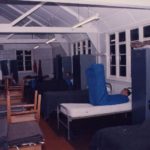 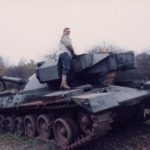 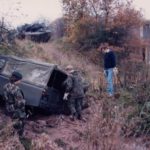 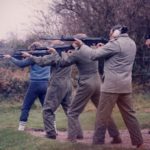 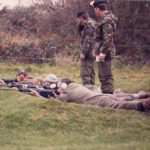 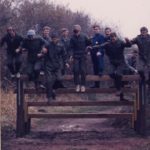 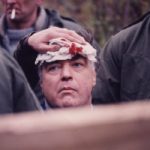