When The Chief died, it was agreed that the brigade would be led by a Commanding Officer who would serve for a term of one year.

There have since been 38 COs, of varying ability and success, yet they are all honoured here.

The present CO is Colin Issit. 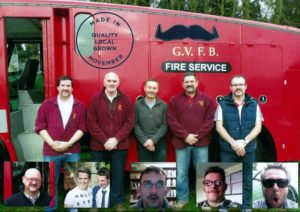 2016 Immediate Past CO Neil Price (second from right) with his trademark handlebar ‘bro-mo’. 2016 CO Darryl Foulds inset bottom right with what only can be described as ‘bum fluff’ 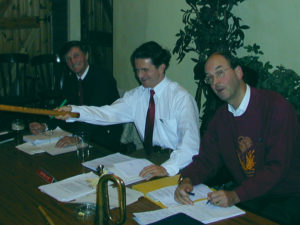 2009 CO Nigel Askew sings his heart out at the Squirt